Reservations must be received by July 28th!

The 8th week of the 2019 legislative session was a short one. Legislators returned to work on Wednesday after the House of Origin break and not much is happening today in the statehouse. A full week of hearings will get underway next week with two weeks of committee hearings on tap and then another week of floor activity heading to the Second House of Origin deadline on Wednesday, March 27.

For all intents and purposes, the Kansas Legislature completed the 7th week of the session yesterday with the conclusion of General Orders floor debate over bills today, with only pro forma work on tap for today. February 28 is the scheduled House of Origin deadline for the session.

On November 6, 2018, State Senator Laura Kelly (D-Topeka) was elected to be the next Governor of the State of Kansas. She will be sworn into office on Monday, January 14, 2019, which is the date in which all constitutional officers are sworn in along with members of the Kansas House.

Within a week of her election, Governor-elect Kelly announced her transition team to help her review state government agencies and programs in advance of naming her own cabinet members and senior agency officials. 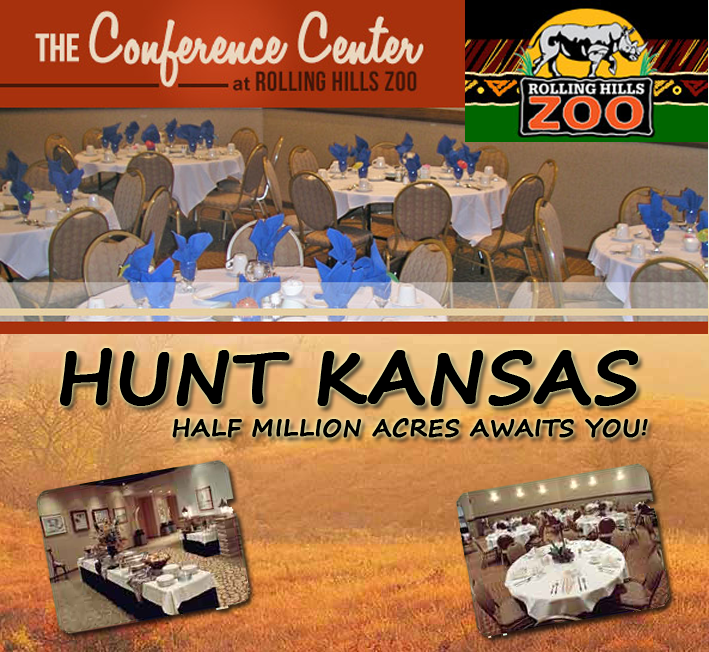 Reservations must be received by July 28th!

Don't miss out on this year's convention!

The Kansas Legislature reached First Adjournment this morning shortly after midnight.  Attached is a general legislative report on the session to date.

I included comments on the CSA bill and the deer bill.  SB 301, which proposed to require outfitters and guides to register with the KDWP&T passed the Senate, but was not taken up by the House nor incorporated into a conference committee report and should be done with for the session.

Legislators return to Topeka on Thursday, April 26 to begin the Veto Session.

Governor Colyer signed HB 2558.  Next year the CSA Season will end on April 30 instead of March 31.

Of note... see the section on Wildlife and Parks bills and take note of a likely attempt to amend a tax bill on Monday with a repeal of certain sales tax exemptions... will see if gamebirds are a part of that effort.

As you recall, our bill to extend the CSA season from March 31 to April 30 sailed through the House on a vote of 121-0.  It was considered so non-controversial it was placed on the consent calendar and not even debated on the floor.

Hearings were held in the Senate Ag committee yesterday and things should have gone the same... However, Wildlife, Parks and Tourism came to the committee and appeared neutral on the bill, as they did in the House, but they asked for an amendment to purchase 400 acres in south-central Kansas from Duck's Unlimited.

We have reached the halfway point of the session.  Attached is a general update on activities of the 2018 Legislature to date.

Please let me know if you have questions over matters highlighted in this report or specific issues of interest not mentioned herein.